The Narrative That This War Was “Unprovoked” Prevents Peace
Caitlin Johnstone

America’s Open Wound. The CIA Is Not Your Friend
Edward Snowden

How To Defeat Putin
Caitlin Johnstone

This Would Be A Wise Stopping Point For This War: Notes From The Edge Of The Narrative Matrix
Caitlin Johnstone

The US Is Descending Into a Crisis of Overt Fascism. There’s Still a Way Out.
Henry A. Giroux

Has the CIA Blown Up the Nord Stream Gas Pipeline to Prevent Russia Coming to Europe’s Rescue this Winter?
Paul Craig Roberts

The US Military’s Culture of Lies
William Astore

Tracking the Flow of Stolen Syrian Oil Into Iraq
The Cradle

The Timing of the Pipeline Attack
Joe Lauria

Will Europe Break with the United States?
Larry Johnson

The Real US Agenda in Africa Is Hegemony
Pepe Escobar

How to Make Congress Accountable to the People
Ralph Nader

The Practice of Lying: The Psychopathic Nature of the U.S. Government
Eric Zuesse

If We Want Humanity to Survive, We Must Cooperate With China
Nathan J. Robinson & Noam Chomsky

What Do We Owe Afghanistan?
Nathan J. Robinson & Noam Chomsky

FDA Tells the Vaccine-injured: “Thanks for sharing”
Steve Kirsch

'Enough is Enough': Hundreds of Thousands March Across the UK
Common Dreams Staff

In Viral Parody Ad, Chevron Admits It Is 'Actively Murdering You'
Julia Conley

'Don't Look Away': Tlaib Ties Death of 7-Year-Old Palestinian to US Aid to Israel
Jessica Corbett

Voices from the Picket Lines: the Strike at Kaiser
Cal Winslow

CEO Says He’s Been “Praying For Inflation” Because It’s an Excuse to Jack Up Prices
Jon Schwarz, Ken Klippenstein

How America’s Democracy Is “Ripe to Be Exploited”
Eric Umansky

In Brazil, the World’s Largest Tropical Wetland Has Been Overwhelmed With Unprecedented Fires and Clouds of Propaganda
Jill Langlois

Increase in atmospheric methane set another record during 2021
NOAA

Methane Hunters: What Explains the Surge in the Potent Greenhouse Gas?
Leslie Hook and Chris Campbell

“There is a dark craving for rot… as if decay were an escape from the limits, the oppressive fears and the pains of an individual existence.” — Eric Hoffer 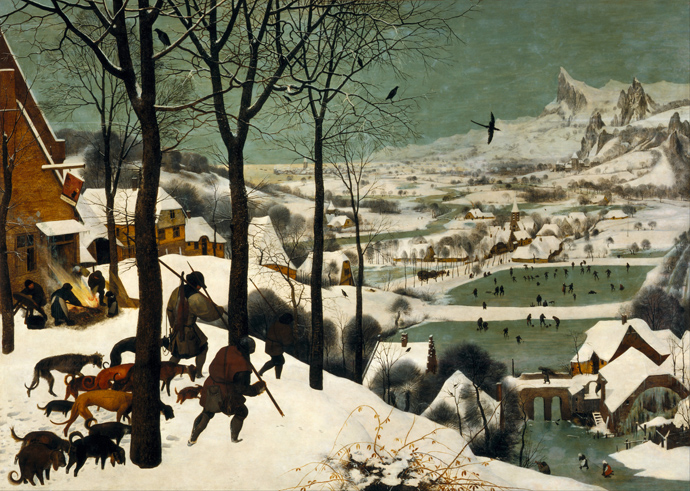 Since “Joe Biden” flat-out promised last February to “bring an end to the Nord Stream pipeline” — and let’s assume he meant both NS 1 and 2 — why seek further to unravel a fake mystery? Is our apparitional “president” not a man of his word? Of course, the machinery behind “Joe Biden” so far denies any credit for the consequential act, but who in this land is unaware that the US government’s default setting these days for answering anything is to lie?

The purpose of the act was likewise simple, plain, and obvious: to foreclose any possibility of Germany negotiating a separate peace with Russia around the financial and economic sanctions imposed by the USA over the Ukraine operation. Don’t you suppose it was clear to any German with half a brain that NATO’s joining of the sanctions was nothing less than a one-way ticket to Palookaville for Euroland? That it would mean goodbye to its advanced manufacturing economy and then goodbye to a comfortable, modern standard of living?

Not many weeks ago German foreign minister Annalena Baerbock told the world that Germany would support Ukraine (and US-driven NATO policy) “no matter what German voters think.” That was all for show, you understand, to maintain the flimsy pretense that NATO had any actual stake in whatever happens in Ukraine — as the result of the dumpster fire set there by America. At the same time, that very same German foreign ministry was sneaking through back channels to feel out the Russian foreign ministry on ways Germany might get Russian natgas on the down-low, through third parties, say, Turkey, buying time until the glorious day those Nord Stream pipelines might re-open and the former normality of German economic life would resume.

“Joe Biden” slammed the door on that pretty conclusively Monday, blowing up the two pipelines, a premier act of insanity by a US government fueled at every level and in every direction by psychotic strategic thinking. For starters, consider that the Nord Stream sabotage amounts to the leading member of NATO committing an act-of-war against the rest of NATO. What else do you call depriving most of Europe of the means to make a living — or merely to stay alive?

As it happens, Germany is in no position to answer this casus belli by going to war against the USA. Germany has a Potemkin military — America has made sure of that since 1945, the last time these Teutons of northern forests went batshit crazy against Western Civ. Seems to me that either Chancellor Olaf Scholz acknowledges this deadly affront to Germany and negates further participation in the NATO Ukraine idiocy, OR, within a few months he will face a violent political uprising from his own people and his government will fall — and not necessarily within the framework of any orderly parliamentary procedure. More like mobs in the streets… chaos… government buildings torched… officials strung-up — real insurrection, not the fake kind we hear about endlessly from the American Party of Chaos.

How, exactly, do any of the major NATO countries continue to regard the USA as any kind of ally? They won’t and they can’t. Anyway, and despite the recent panicked expansion of NATO, member countries of the adjoining scaffold known as the European Union are peeling off one-by-one. Georgia Meloni, soon to be Prime Minister of Italy, couldn’t have put it more plainly when her coalition won last week’s election: she and they oppose in the strongest terms all the Woke nonsense that the World Economic Forum has programmed into the EU. She and they are against the cancellation of individual liberties and tyrannical affronts to due process of law; are against the degenerate campaign to undermine family, church, and national sovereignty; and are unwilling to act as a dumping ground for anymore Third World hordes the EU stupidly induces to come to Europe’s shores.

Don’t worry, before much longer something similar will happen in France, too. Perhaps the mobs of nationalists in Paris will be inflamed enough to roll out the old “national razor,” to make their seriousness emphatic. Adieu Fifth Republic. The Sixth is on its way to the maternity ward and it will not recognize the EU as its maman. There’s a whole lotta shakin’going on across Europe. Holland’s farmers were already furious over Prime Minister Mark Rutte’s disgraceful obeisance to der Schwabenklaus’s malevolent program aimed at shutting down Dutch agriculture. Rutte will be gone before spring planting time, 2023. Sweden, like Italy, had repudiated its Woked-up Leftist rulers just weeks ago in an orderly national election. Crowds of protestors lit up Prague this week. It’ll still be good marching weather all over Euroland for some weeks ahead.

The Euro currency fell below par with the US dollar. Its days are numbered and when, perforce, it must be replaced by the old national currencies — francs, marks, guilders, liras — then submission to the EU will reach a logical end and it’s back to national sovereignty, too. The UK, America’s wing-man, has become an entirely feckless, sinking operation. The country is functionally bankrupt, the pound is dying, and, by resorting again to the old QE bond-buying racket, the Bank of England has just doomed the country to even more ruinous inflation. Liz Truss will be a three-month wonder. Things might get so wild in Old Blighty that Nigel Farage will wind up in 10 Downing Street.

As for Russia’s doings in Ukraine, the Donbas oblast elections are a done deal. Mr. Putin has not yet responded to the extreme provocation of the Nord Stream vandalism. I doubt he will make some histrionic tit-for-tat act of retaliation against any critical infrastructure of NATO or America itself. Rather, he will now methodically proceed to wipe up the floor with Mr. Zelenskyy’s army, eliminate whatever American missiles and other ordnance are stockpiled around the place, complete the occupation of the Black Sea coastal territory from Kherson to Odesa, and put that troublesome backwater of Western Civ in order. The hallmark of the operation will be a measured and businesslike approach. Russia will just get it done, put out the dumpster fire, and refuse to allow the USA to start World War Three.

“Joe Biden” and his regime of Satanic degenerates will just have to lump it. They will have lost Europe’s loyalty by the foolish Nord Stream caper. They will have enough trouble on their hands at home with America’s collapsing economy and all the ill-feeling they have generated with the Woke insults, persecutions, and punishments inflicted on half the population — not to mention the coming dire repercussions of the wicked Covid “vaccine” scam. In the meantime, “Joe Biden’s” Party of Chaos faces the wrath of American voters in the midterm election. And if, perchance, they take the majestically stupid step of cancelling, postponing or somehow messing with that election, they will face the wrath of the voters from the ground beneath the hanging tree.